HINGHAM, Mass. — The Providence Grays vintage base ball club (5-3) traveled to the South Shore on Saturday to take on the Hingham Coopers at Derby Academy. The Grays took the first contest, played by the rules of 1884, 11-5, but dropped game two (1864 rules) 25-11. The Rhode Islanders bounced back after dropping their last three contests to the Coopers dating back to October of last year. 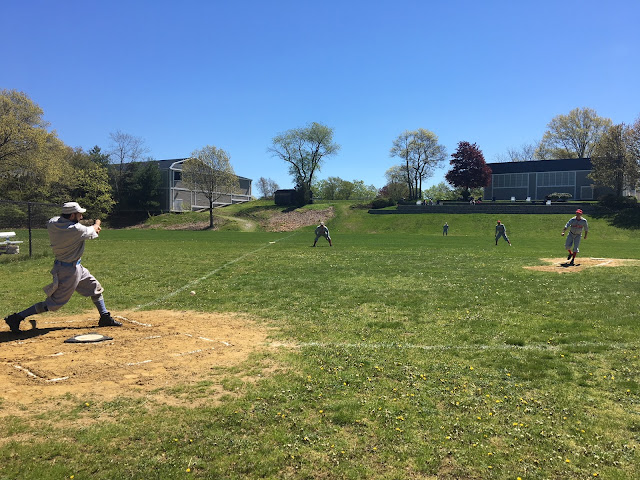 In game one, leadoff hitter Johnny Carlevale started the first by reaching on an error, stealing his way to third and was driven in on a single from the next batter, captain Brian Travers. The Grays took their 1-0 lead into the bottom half, but Hingham started hot with three tallies of their own to go ahead 3-1 after a frame. Providence knotted the score in inning two as second baseman Jon “Bones” Henson and catcher Charlie Dryer scored on RBIs from Carlevale and pitcher Kai Henson. They went on to take a slight edge in their next at bat, beginning with a sac fly from Greg Smith scoring Mike “Banquet” Swanson, who reached on an error. Back-to-back singles off the bats of Jerry McCormack and Ryan “Loggy” Logsdon followed, setting up an RBI single from Bones for a 5-3 advantage.

The 1884 World Series champions opened the game up in the fourth on six straight base knocks from K. Henson, Carlevale, Travers, Banquet, Smith, and McCormack, capped off by a Loggy double. They tacked on another run in the fifth and Henson limited Hingham for the remainder of the outing allowing just two runs after the opening frame, while cutting down a rally with a pickoff at first, as Providence earned their fifth win of 2019. 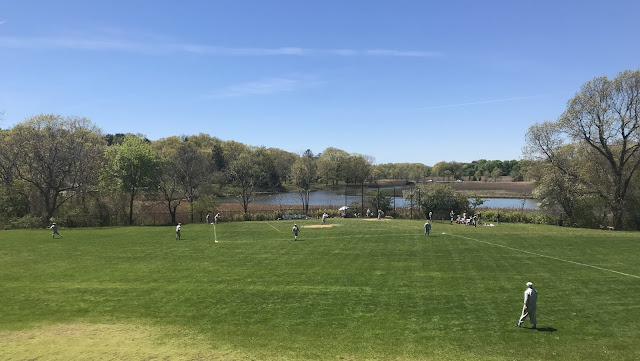 Game two was a different story with the Coopers jumping out ahead early and using an eight-run sixth featuring many long hits off the hill in left field to build a sizable advantage. Providence’s offense didn’t find its footing until the eighth when they scored three runs highlighted by a triple down the right field line from centerfielder Jamie Maynard. 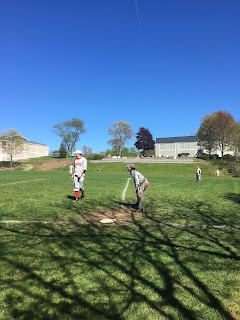 They carried their momentum into the ninth as Dave “Grandpa” Watson led things off with a single and then scored on a bound-out to left from Loggy. Carlevale picked things back up with a walk, stole his way to third, and was once again driven in by Travers. McCormack stepped up next and launched the first home run for the Grays this season, but they couldn’t catch up to the Coopers.

Next up for Providence is their second meeting of the season with the Boston Union BBC on May 19 (field TBD – Boston area) for an ’86-‘64 doubleheader with first pitch set for 11 a.m.