Grays Split at Atlantic Festival, Look Ahead to Twin Bill with Hingham 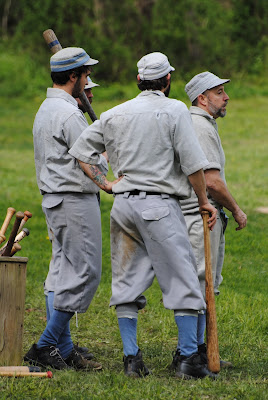 SMITHTOWN, N.Y. — After a 2-0 start to the season, the Providence Grays vintage base ball club traveled to the Smithtown Historical Society for the 2019 Atlantic Festival for four games over April 27-28. The Grays (4-2) swept day one, defeating the Mountain Athletic Club 14-10 and the Lisbon Tunnelmen 11-7. Day two proved tougher, as Providence fell 10-6 to the Talbot Fairplays and concluded the weekend with a 13-4 loss to the Brooklyn Eckfords.

This coming weekend, the 1884 World Series champions take on the Hingham Coopers in a doubleheader at Derby Academy with first-pitch set for 11 a.m. Hingham won the season series 3-2 last year, most recently sweeping a twin bill at the beginning of October.

On the first day of the Atlantic Festival, the Rhode Island club began play against the Mountain Athletic Club and found themselves trailing 3-1 after two innings. They tied things up in the third, however, as Kai Henson led off with a single, stole second and third, and scored on an RBI double from captain Brian Travers.

Both sides caught stride in the fifth, as MAC plated five runs and Providence scored seven of their own on RBIs from Jerry McCormack, rookie Ryan "Loggy" Logsdon, Jon “Bones” Henson, Kai Henson, Johnny Carlevale, and Travers for a 10-8 lead. They tacked on single tallies in each of the final four frames, and Travers hurled a complete game victory holding the opponents scoreless from the seventh inning on. 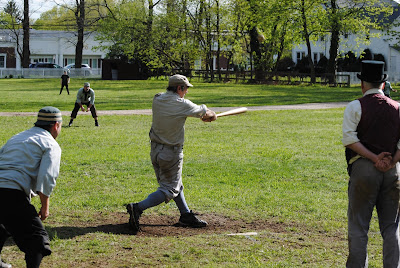 Against Lisbon, the Grays couldn’t get anything going in the first two innings but caught stride in the third as K. Henson led off with a base hit, stole his way to third, and was driven in by Carlevale. Mike “Banquet” Swanson then recorded an RBI single and later scored on a McCormack two-bagger for a 3-0 lead. The Tunnelmen stuck around, scoring two of their own in inning three while each side plated one in the fifth as the Grays clung to a 4-3 advantage after five.

Providence extended their edge with a trio of runs in the sixth behind run-scoring singles from Carlevale and Travers. Lisbon kept pace, plating three runs in their half of the sixth to keep the deficit at one. However, the Grays put up a pair of tallies in the seventh on the strength of back-to-back RBIs from Bones and Kai Henson and two more in the eighth to seal the win.

Talbot got day two rolling early on, scorching the Grays for six runs in the second inning of the first contest for a 7-4 lead after two. The Fairplays added two more in fourth, but Providence plated a pair in the sixth frame as Banquet and rookie R.J. Zimmerman reached first, stole two bases, and both scored on passed balls. However, the Maryland team shut the Grays’ offense down over the final three innings to hold on. 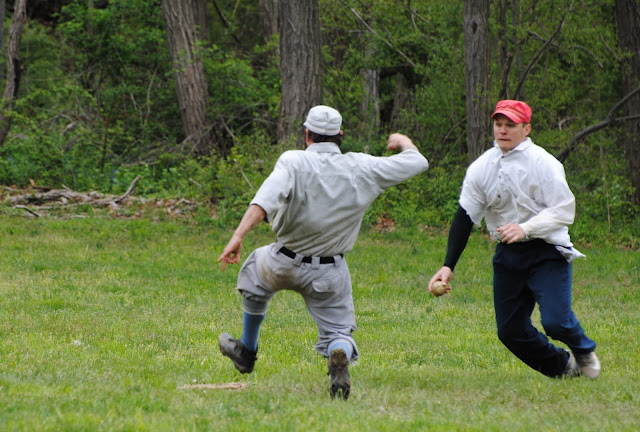 Against the Eckford, Providence couldn’t put any rallies together, scoring a single tally in four separate innings. Their defense showed fatigue in the last game of the weekend and the Grays ultimately fell to their Brooklyn foes in their biggest loss of the young season.

Providence will look to bounce back on Saturday against Hingham, as they aim to rebound from their two losses against the Coopers at the end of the 2018 season. For updates throughout the doubleheader, stay connected to the Providence Grays Facebook page and ProvidenceGrays.com.