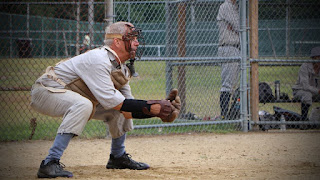 PROVIDENCE, R.I. -- The Slater Park Fall Festival played host to the pastime last Sunday, when Providence squared off against the Connecticut Bulldogs for one 1884 match in Pawtucket. When the dust settled, the Grays emerged victorious for the twentieth time this season, making 2018 one of the best overall outings in club history, with ten games still to play. The squad is now focused on a strong finish on the road, starting with a doubleheader this Saturday, September 15, with the Beaneaters at Ronan Park in Boston. 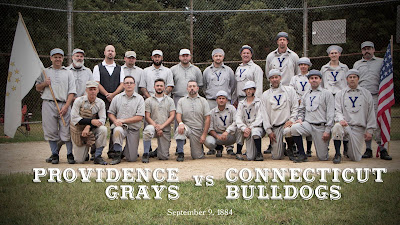 The Bulldogs and Grays fought to a close finish just two weeks prior (Aug. 26) in Hartford, where Providence held on for a 10-9 win. Last Sunday, however, the day belonged to the local nine from the outset. Providence jumped out to a commanding 11-run lead after one and never looked back. The Bulldogs, never dismayed by the large lead the Grays built, played strong throughout, but the defense, behind commanding pitching from Connor Pirruccello-McClellan, dominated in their respective positions as much as they did at the plate. Offensively, many Grays’ batters enjoyed a multi-hit outing, highlighted by homeruns off the bats of Greg Smith (1st inning) and Tony McClellan (4th inning), a Captain Brian Travers triple, and a pair of doubles by Mike “Banquet” Swanson. 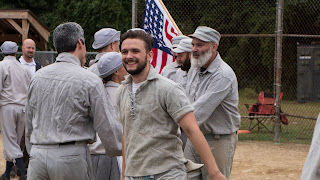 This weekend’s matchup with Providence and Boston will feature the sixth and seventh faceoffs between the two squads for 2018. The Grays lead the season series over Boston 4-1, but the last meeting between the two (June 24 at the New England Vintage Base Ball Festival in Cornish, Maine) saw the Beaneaters down the Grays 13-10 in an 1864 match. The road show will continue for Providence after this weekend, with a doubleheader vs. the Mutuals of New York at the Long Island Fair (Sep. 22, Bethpage, NY), two more against the New Hampshire Granite (Sep. 29, Mt. Vernon, NH), another doubleheader with Hingham (October 7, Hingham, MA), and the traditional Grays season finale in Salem, MA, on October 20, playing two against our good friends the Atlantic of Brooklyn. 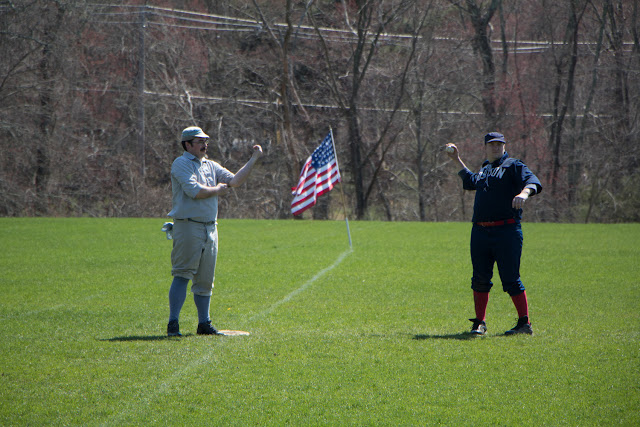 This Saturday’s doubleheader will commence with one 1886 contest, followed closely by an 1864 match to round out the day. Location: Ronan Park, Boston, MA (GPS – 92 Mount Ida Rd, Dorchester). First pitch is 10 a.m.