After New York, Grays Reach for Season Win 24 in NH 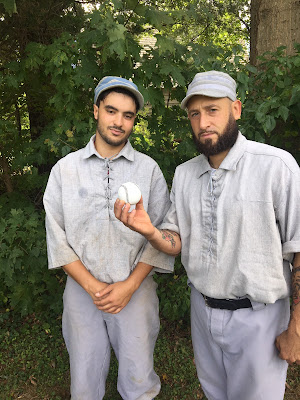 PROVIDENCE, R.I. -- On Saturday, September 22, Providence went 1-1 at the Long Island Fair in Old Bethpage vs. the ever-ready Mutuals club to bring their overall record to 22-10 heading into the final six games of the season. On Saturday, September 29, the Grays will take the field in Mont Vernon, New Hampshire, for two 1864 matches against the Granite for the 2018 Doc Adams Invitational.

The Long Island squad always goes hard against their friends from the Ocean State, and last Saturday’s action did not disappoint. The hosts opted to play the 1864 match first, and they jumped out to an early lead, tallying six aces in the top of the first. Providence answered with two runs in their own debut frame, the RBI coming off the bats of Captain Brian Travers and Jon “Bones” Henson. New York opened up a sizable lead in their second, plating four more before the Grays cut it to six with two tallies of their own in the bottom of the third. Johnny Carlevale reached base before being driven in off a Travers’ opposite field sac fly. Kai Henson doubled and was brought home with a base knock from clean-up hitter Greg Smith.

The Grays defense tightened up down the stretch, outscoring the Mutuals 10-5 from the third inning on, but finishing just one run short in a 15-14 New York victory after nine. Providence put up a four-run fifth inning, highlighted by another RBI double from Kai Henson. The seventh inning saw five Grays touch home, driven in by Greg Smith (2 RBI single), Dave “Taco” Watson, pitcher Mike Smith, and Mike “Banquet” Swanson.  With a G. Smith RBI in the eighth, Providence knotted the score at 14 heading into the final frame before New York pulled ahead with a single ace to preserve the win. 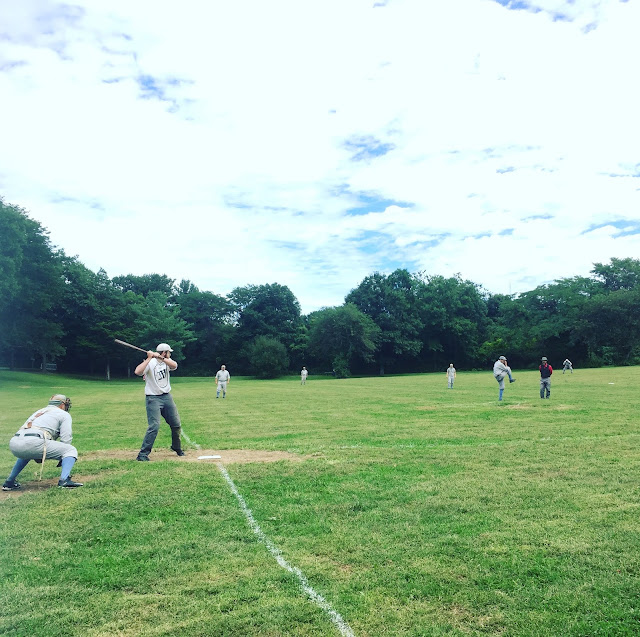 Game two followed the rules of 1884, and the Mutuals struck first once again, plating two on shaky defense behind Kai Henson’s strong pitching. Providence got one back in the bottom of the first when Banquet touched home off a Greg Smith RBI single. Henson continued to pitch well, with New York scoring five runs in the middle innings as the Grays’ defensive struggles continued. In the meantime, Providence plated three in the third, with runs scored by Banquet, G. Smith, and Bones, with Smith, right fielder Scott Caruso, and pitcher Henson credited with the RBI. The Grays held a 10-7 lead at the top of the ninth, and the Mutuals got to work right away, with solid hits and the ability to capitalize on Providence fielding woes. Henson struck out a New York batter for the third out, but a dropped pitch and throwing error allowed a run to put the Mutuals within one, 10-9, with runners in scoring position. The next New York batter placed a low pop fly to shallow left center, where Taco Watson saved the day with a dramatic catch to extinguish the host’s rally. The 10-9 victory put the Grays record at 22-10 on the season. 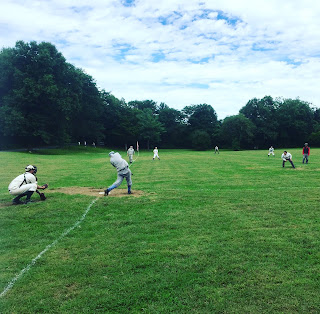 The Doc Adams Invitational on September 29 will pit Providence against the New Hampshire Granite for two 1864 matches. The Grays will look for a sweep of the day to extend their season win total to 24 going in to the final two dates of the season (October 7 at Hingham and October 20 in Salem with the Atlantic BBC of Brooklyn).  Saturday’s Invitational will be held during Lamson Farm Day, and in between the games, there will be a presentation of new signs marking Mont Vernon as the birthplace of Doc Adams, a founding father of base ball. The signs will be attached to the “Welcome to Mont Vernon” signs on Route 13 at approximately 3 p.m.