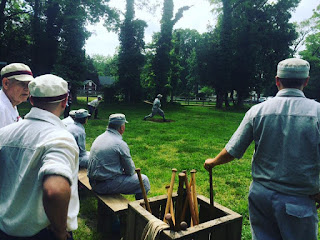 PROVIDENCE, R.I. -- With their six-game win streak on the line, the Providence Grays vintage base ball club is set for a pair of games against the Brooklyn Atlantics on Saturday, June 9. The doubleheader is in honor of Old Dutch Day at the Smithtown Historical Society in Smithtown, New York. The Grays' strong start to the season has them entering the weekend with a 9-1 record, while Brooklyn sits at 12-2 with a nine-game win streak of their own. A day later, Providence heads to Piscataway, New Jersey, for their first-ever meeting with the recently formed New Brunswick Liberty.

Last weekend, Providence earned two victories over the Boston Beaneaters at the Eustis Estate for their fourth doubleheader sweep of 2018. The offense was clicking on all cylinders in game one as the Grays ran out to a 27-3 victory in the overhand contest (1886 rules). In the '64 bout, Providence overcame an early Boston lead and held on for a 15-6 win. Brooklyn's last outing resulted in four-straight wins over two days in the Brewery Ommegang Base Ball Festival (Cooperstown, N.Y.) on June 2 and 3. The Liberty enter play with a 5-3 mark and are coming off of a 26-5 win over the Elizabeth Resolutes on May 20. 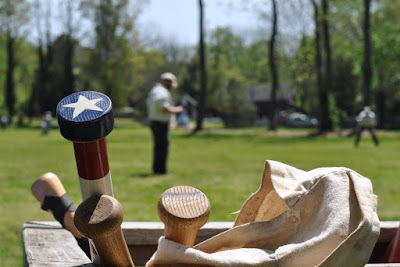