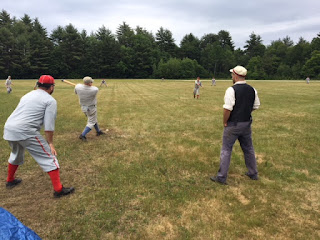 CORNISH, Maine — This past weekend (Jun. 23-24) the Providence Grays vintage base ball club (11-7) traveled to the New England Vintage Base Ball Festival in Cornish, Maine, for four 1864 games over two days. Providence took losses from the Dirigo Base Ball Club of Maine and the Hingham Base Ball Club on day one and split day two, losing to the Boston Beaneaters before picking up their lone win of the weekend over the Mechanics Base Ball Club of North Andover. After snapping a four-game skid with the win over the Mechanics, Providence travels to the Nathan Hale Homestead (Coventry, Conn.) for an 1864 doubleheader against the Connecticut Picked-Nine on Saturday, June 30.

Against Dirigo, the Grays defense came out flat as they faced an early deficit, but they cleaned up that side of the game and held their opponents to just eight runs through nine frames. However, as Providence’s fielding got stronger, their offense stalled and they were only able to muster three tallies in the contest. This proved to be the difference in game one, despite a well-hurled match from Mike “Pops” Smith. Hingham had the Grays’ number from the outset of game two, seeking revenge for Providence’s doubleheader sweep over them earlier in the season. The Grays offense stayed in the same rut as game one, scoring just five times, once in the first and then failing to tally an ace for five frames before scoring once more in the seventh. Providence finished strong, scoring three runs in the ninth but couldn’t overcome the large deficit. Meanwhile, Hingham poured on the hits, launching a plethora of balls into the outfield gaps to give them a convincing 24-5 victory. 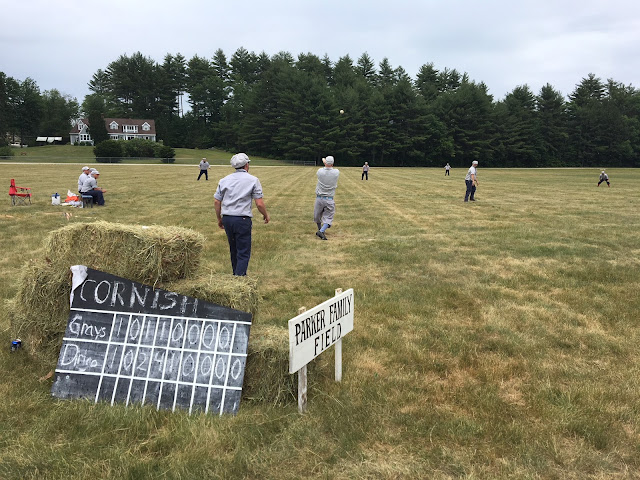 The second day of the festival saw Providence take on a depleted Boston team to open the day, while players from Dirigo and the Grays helped fill out the opponent’s roster. This didn’t give the Grays an advantage, however, as they walked away with a 13-10 loss. Lackluster offense was still on display for Providence, but their defense in support of Jon “Bones” Henson pitching kept them in it for the majority of the outing as they led 5-3 for many of the middle innings. Unfortunately a rough defensive seventh sunk their hopes of victory. 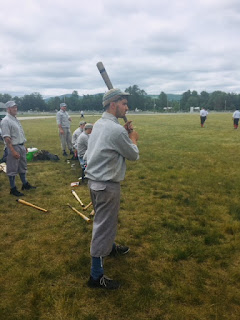 Providence got things right against the Mechanics, but the score was knotted at two after one full inning. A four-run third for the Grays, led by RBI from Brian Travers and Aidan Pirruccello-McClellan, gave them a 6-2 advantage and they would not relinquish the lead for the remainder of the contest. Smith and the defense behind him did not allow the Mechanics to score more than one run in any frame from the fourth inning on, and Providence improved their record to 11-7 with the 14-8 triumph.

The Grays will look to build a win streak as they face off against a Connecticut Picked-Nine this Saturday (Jun. 30) at the Nathan Hale Homestead (Coventry, Conn.) with first-pitch set for 1 p.m. Admission to the Homestead is $10 and concessions will be available. Advance tickets at 860.742.6917 or hale@ctlandmarks.org. Bring your lawn chair to 2299 South Street, Coventry, Conn. 06238. 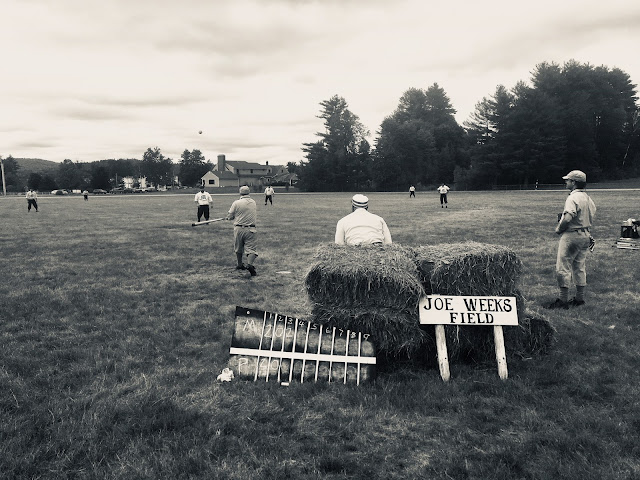