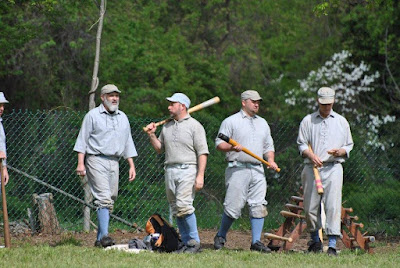 PROVIDENCE, R.I. — Coming off of a doubleheader sweep in their season opener against Boston (Apr. 28), the Providence Grays vintage base ball club (2-0) will head to the Atlantic Festival in Smithtown, New York, for four games over two days (May 5-6) as they look to continue their hot play. The festival is played strictly by the rules of 1864 and is held at the Smithtown Historical Society, home field of the host Atlantic Base Ball Club of Brooklyn.

Providence opens day one, Saturday, May 5, playing a match versus the Brooklyn Eckfords at 10:45 a.m., followed soon after with a battle against the host Atlantics. Then, on Sunday, the Grays take on the Monmouth Furnace Base Ball Club of New Jersey at 10:30 a.m. and finish the festival against the Dirigo Base Ball Club of Maine. 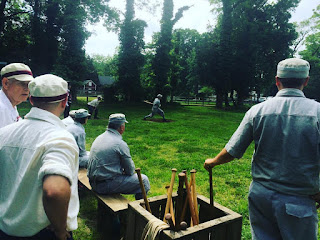 Last week, the Grays pushed 34 runs across on the day and held the Beaneaters to 26 despite a tough defensive outing. As far as Providence’s opponents, the Eckfords are 1-0 in Mid-Atlantic Vintage Base Ball League play this season and the Atlantics enter the weekend at 3-2, most recently losing two with a limited travel squad in a twin-bill against the Talbot Fairplays in Maryland (Apr. 28).

Monmouth’s only action thus far came against the Keystone Base Ball Club of Harrisburg on April 29 as they look forward to their first meeting with Providence in many years. For Dirigo, the Atlantic Festival is their 2018 season opener. 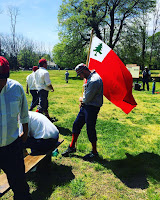 Providence went 0-2 last year against the Ecks and 2-5 in seven meetings with the Atlantics, while Monmouth and Dirigo were not on the 2017 schedule. Stay tuned to the Providence Grays Facebook page, ProvidenceGrays.com, and Providence Grays News for results and recaps of the festival.