Providence Improves to 9-3 With Sunday Sweep 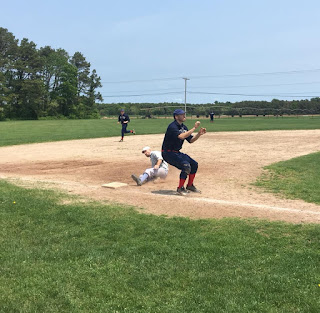 PROVIDENCE, R.I. – The Grays traveled to Wood River Junction on Sunday, June 2, to face the Beaneaters of Boston and the Westerly Quarrymen as part of a three-game round robin at Chariho High School. Providence emerged victorious in both games, defeating the Beaneaters 15-2 in the 1884 contest and downing the Quarrymen 29-6 in the 1864 match.

The Grays opened the ’84 game in typical fashion, with the one-two punch from leadoff batter Johnny Carlevale and captain Brian Travers with back-to-back singles. Short stop Mike Duggan and third baseman Greg Smith each contributed their own singles to bring them home and put Providence on the board with two runs in the opening frame. In the bottom of the first, Grays pitcher Mike “Banquet” Swanson pitched around a leadoff error to hold the Beaneaters scoreless, 2-0 Providence after one.

The Grays added a single tally in their second then held Boston scoreless with two put outs from short stop Duggan to Travers at first and a Banquet K to end the frame. Catcher Tony McClellan added one more run in the third after a well-placed base knock before the Providence defense shut down a Beaneaters threat in their half with another strikeout from Banquet, a denied steal attempt at third, and a masterful catch of a foul pop fly by McClellan behind the plate. 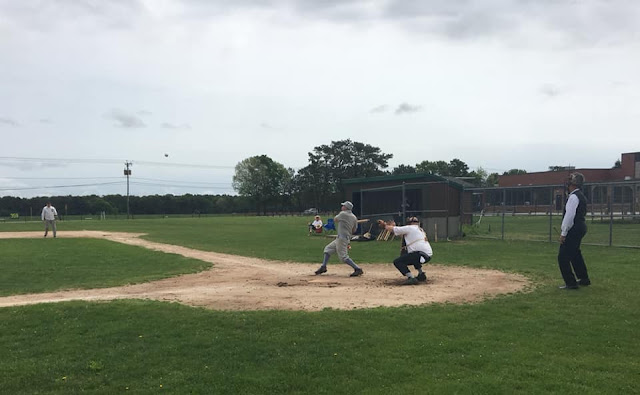 The Providence bats came to life in the fourth, scoring 9 runs off 11 hits from Carlevale (double), Travers, Duggan (two singles), McCormack (two singles), Smith, McClellan, leftfielder Aidan Pirruccello-McClellan, Jon “Bones” Henson, and Banquet, who recorded his third K of the game to start the bottom of the frame, which was finished off when Providence turned a 2-3-6 double play to squelch Boston’s plans to right their ship. Providence added two more tallies (one each in the fifth and sixth), allowing Boston two runs across the bottom frames before the game was called, 15-2 in favor of Providence.

Boston and Westerly squared off in game two and battled evenly throughout, with the Beaneaters pulling away in the final frame for a 15-13 victory.

Game three featured the Grays versus the local nine, and Westerly enjoyed a 2-1 lead after one on two clean singles off Bones Henson pitching and a couple of Grays defensive missteps. Westerly added one more in the top of the second before Providence would take the lead, scoring five in their half of the frame on singles from Smith, Bones, Carlevale, and Travers, and a double off the bat of second baseman Ryan “Loggy” Logsdon. 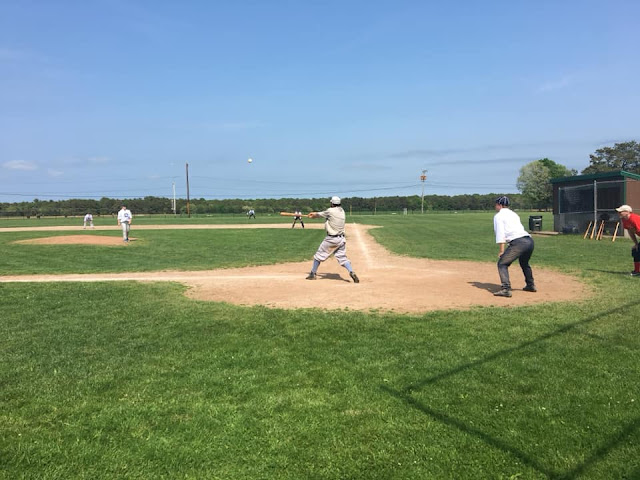 Providence would hold Westerly scoreless over the next three innings on Bones’ pitching and a solid Grays defense in support, while the offense broke open, scoring eight runs in the third, six in the fourth, and three more in the fifth, highlighted by a McCormack double and a Loggy triple, to give the 1884 World Champs a commanding lead, 23-3 after five. Westerly displayed incredible perseverance, scoring three more times in the sixth and seventh to double their total tallies before Providence put up six additional runs in the seventh, with base hits from center fielder Jamie Maynard, Bones, right fielder Drew Ewing, Carlevale, and Travers, and a double from Loggy to fix the final score at 29-6, Providence.

This Saturday, June 8, the Grays will travel to Smithtown, N.Y., to face the Atlantic Base Ball Club of Brooklyn in the annual Old Dutch Day match up that has become a staple of the schedules for these friendly rivals. First pitch in Smithtown is 11 a.m. Follow this quick road trip on the Grays Facebook page and at ProvidenceGrays.com.