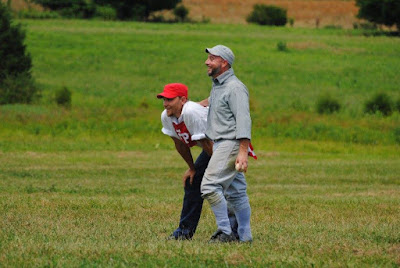 PROVIDENCE, R.I. -- The Providence Grays vintage base ball club is set for a trip to Gettysburg, Pennsylvania, this weekend (Jul. 21-22) for four games across two days at the Gettysburg National 19th Century Base Ball Festival. Last time out, Providence took two games from a Connecticut Picked-Nine squad on Sunday, June 30. The Grays currently sit at 13-7 on the season and are also riding a three-game winning streak.

Providence opens day one of the festival with a match versus the Monmouth Furnace Base Ball Club at 10:15 a.m. The Grays downed Monmouth 24-3 back on May 6 at the Atlantic Festival, in which they went 3-1. Providence then concludes Saturday with a battle against the Cincinnati Red Stockings at noon. On Sunday, the Grays are slated to play two tough opponents, the first being the Rising Sun BBC of Maryland (8 a.m.) followed by the Talbot Fairplays (9:45 a.m.). 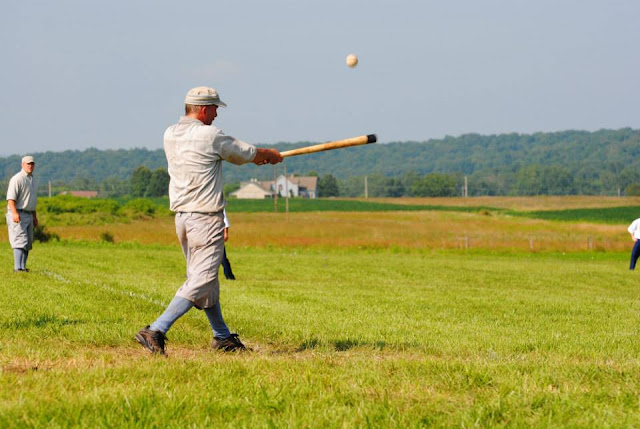 This will be the seventh-straight Gettysburg Festival that the Grays have attended, with their first pilgrimage coming in 2012. The National 19th Century Base Ball Festival is a spectacle of the vintage game, with teams from the Northeast to the Mid West traveling to the historic Schroeder Farm for 1863-style base ball. Last season, Providence suffered four losses in Gettysburg for the first time ever. The Grays have had varying levels of success at the event over the years, highlighted by a hard-fought 4-0 finish in 2015.