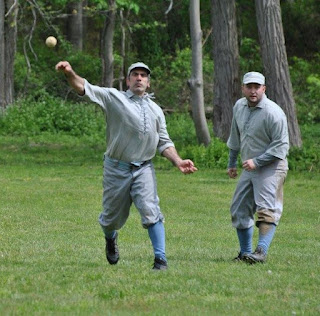 PROVIDENCE -- Following a doubleheader sweep of the Boston Union BBC in their season opener, the Providence Grays vintage base ball club is set to continue the 2019 campaign at the Atlantic Festival, hosted by the Atlantic BBC of Brooklyn, at the Smithtown Historical Society (Smithtown, N.Y.) playing four games over two days this weekend.

On day one, Saturday, April 27, the Grays are scheduled to face off against the Lisbon Tunnelmen and the Mountain Athletic Club, both of whom are opening their 2019 seasons in Smithtown. The Grays did not take on either of these clubs in 2018 and finished 3-1 at last year’s Atlantic Festival.

Sunday’s games provide two challenges for the Rhode Island club, first battling the Fairplays of Talbot County Maryland — who enter the weekend at 4-2 on the year after sweeping Brandywine and splitting twin bills with Diamond State and the Elkton Eclipse. The Grays were scheduled to play the Fairplays on the second day of the 2018 Gettysburg National 19th Century Base Ball Festival, but did not take the field due to rain. 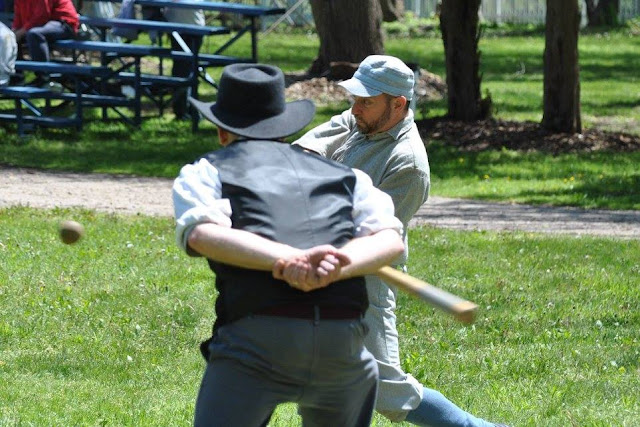 The final outing of the festival sees Providence matching up against the Eckford BBC of Brooklyn, a storied vintage base ball club that the Grays downed in a hard-fought, 10-7 victory at last year’s Atlantic Festival.

In their season-opening doubleheader against the Boston Union, Providence picked up two double-digit victories (20-1 in the ‘84 and 26-14 in the ‘64) as they sit at 2-0 entering play this weekend. 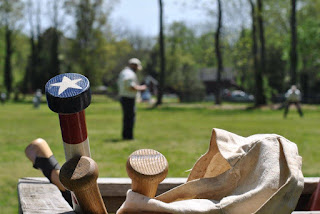