Providence Takes Three-Game Win Streak on the Road to Connecticut 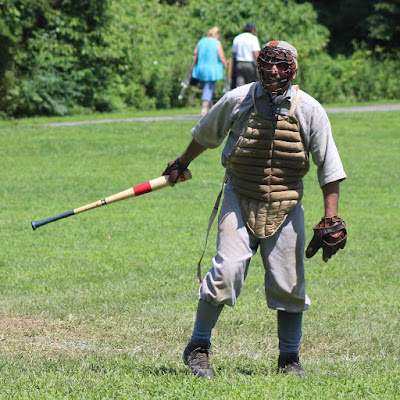 PROVIDENCE, R.I. -- Following a sharp showing at the Doc Adams Vintage Base Ball Festival (Aug. 4-5), the Providence Grays vintage base ball club will head to Hartford, Connecticut, for a single game (1886 rules) against the Connecticut Bulldogs this Sunday (Aug. 26). The Grays concluded the Doc Adams Festival (Old Bethpage, N.Y.) with three victories and improved their 2018 record to 18-8.

Game one of Bethpage saw Providence suffer a one-run loss in the driving rain to New Brunswick (1858 rules), dropping the Grays' season record against the Liberty to 1-2. The downpour continued for the second contest, but Providence rebounded nicely with an 8-6 win over the Westfield Wheelmen (1884 rules). Both sides matched tallies after two frames, with Providence taking the slim 2-1 lead on a Greg Smith RBI double in the bottom of the third. The Grays held Westfield scoreless in the top of the fourth before a five-run bottom half featuring two RBI from Mike "Banquet" Swanson. Westfield fought back with a four-run seventh inning, but pitcher Kai Henson hung on for a complete-game victory. 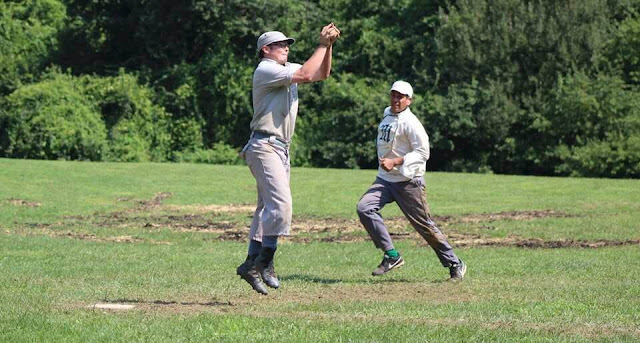 Day two ended up as a doubleheader versus the New York Mutuals beginning with an 1884 match followed by one played by 1864 rules. Providence did all of their game one scoring in the first three innings en route to a 15-11 triumph. Connor Pirruccello-McClellan hurled the Grays to victory and their offense got off to a hot start with a four-run first. They then put up a six spot in the second behind a two-run base knock from Dave "Grandpa" Watson and an RBI single from captain Brian Travers. Smith drove in two runs to power a five-run third as his team led 15-2 entering the fourth. New York made it interesting with a six-run fifth, but couldn't close the gap as Providence held on for a close victory. 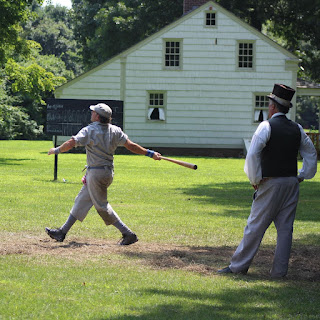 The final game of the festival was a classic back-and-forth battle. as the Grays clung to a 5-2 advantage after four full. The Mutuals plated a single tally in each of the next two innings while holding Providence scoreless to climb within one after six. New York found their stride in the second, notching three runs to take a 7-5 lead, but the Grays tied it up on an RBI double from Swanson. The gridlock remained as the teams were tied 8-8 entering the ninth. A scoreless top half gave Providence a chance to capitalize and Smith came through on a long sac fly to walk off with a 9-8 win. Jon "Bones" Henson manned the pitcher's box all game long as the Grays extended their win streak to three games.

Sunday's outing will be Providence's first-ever match up with the Bulldogs as the Grays will look to improve upon their 6-1 mark in overhand games this season. The contest will take place at Goodwin Park in Hartford with first pitch set for 11 a.m.