Providence Takes Both in Bethpage, Heads to Hartford This Sunday 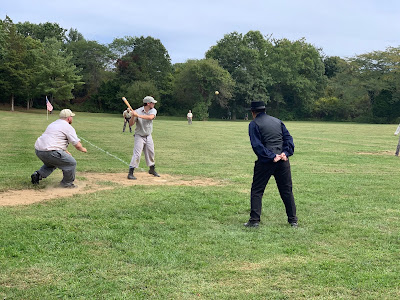 PROVIDENCE, R.I. – The Grays traveled to Old Bethpage this past Saturday, September 28, to square off with the Mutuals of New York in an 1860s doubleheader during the 177th annual Long Island Fair. The Rhode Islanders headed home with two wins on the day, taking the first match (1864) in nail-biting fashion by a score of 8-7, then coming out on top in the matinee (1865), 25-11, for a Saturday sweep.

With these two victories, the Grays improve to 29-11 on the season with four games left to play. Providence will take its nine-game win streak on one last road trip this season, heading west to Hartford for the Showdown at Colt, playing an 1884 game with the Connecticut Bulldogs and an 1865 matchup with the Westfield Wheelmen. The games will be played at Colt Meadows in Hartford on Sunday, October 6th, with first pitch at 11 a.m. The Grays will wrap up the season with the perennial twin bill finale, hosting the Atlantic Base Ball Club of Brooklyn on the Common in Salem, Mass., October 19th.

Providence vs. New York, Old Bethpage, September 28th
Game one (1864) proved the standard battle between these two Northeast rivals, coming down to the wire with a razor-thin win for the New England squad. New York struck first, and the Grays defense, with Jon “Bones” Henson between the pitcher’s lines, held them scoreless in the top of the first. Catcher Johnny Carlevale led off for the Grays, reaching base on a mishandled daisy cutter to short, followed by captain Brian Travers (first base), who made his base on balls. Third baseman Connor Pirruccello-McClellan scored Carlevale on a clean single, and Travers touched the dish on a sacrifice bounce out to left off the bat of left fielder Dave “Oppy” Oppenheimer. Short stop Mike “Banquet” Swanson got Connor home with a sacrifice caught on the fly in right to make it 3-0 Providence after one. 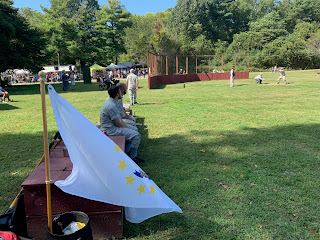 The Grays kept New York from tallying any aces through the second and third innings, while they put up one more in the third when Connor reached first on a single, stole two bases, then scored on a single from Banquet to make it 4-0 Providence after three. The Mutuals had a breakout fourth, putting up four runs off as many hits to push the reset button, as the Grays were unable to score, and the game was tied at four a piece as the Mutuals came to bat in the top of the fifth.

Both teams plated an ace in the fifth to keep the pace, then the Grays retook the lead in the sixth when Bones reached base on a single, stole two bases, then scored on a Frank “Shakespeare” Van Zant grounder to short. New York failed to score in the sixth and seventh, and Providence tallied another ace in their seventh with a lead-off base hit from Travers who scored when Banquet drove him in with yet another single to put the score at 7-5 Providence as the eighth inning got underway. The Mutuals pulled within one, 7-6, before the Grays added another in the bottom half when catcher Carlevale singled and scored from second on another Travers base knock to extend the lead to two, 8-6, going into the final inning. The Mutuals would not go quietly, plating one more ace with the tying run on first before the final hand was made. Final: Providence 8, New York 7.

Game two (1865) saw the Grays strike first and come out hot, putting four runs across the dish in the top of the first. The offense commenced with the first three strikers each connecting for base hits. Carlevale, Travers, and Connor made their firsts with well-placed hits and scored in turn, Connor being driven in by a Banquet single. Banquet touched the dish on center fielder Kai Henson’s sacrifice to right to make it 4-0 Grays before the Mutuals could swing. Providence hurler Brian Travers retired the New York side in order in the first and second innings, while the Grays added three more in the second. Shakespeare and Carlevale led off with back-to-back doubles, followed by a single from Travers to score two. Banquet and Kai Henson each hit singles as well, the latter scoring Oppy from third to make it 7-3 Providence after two. 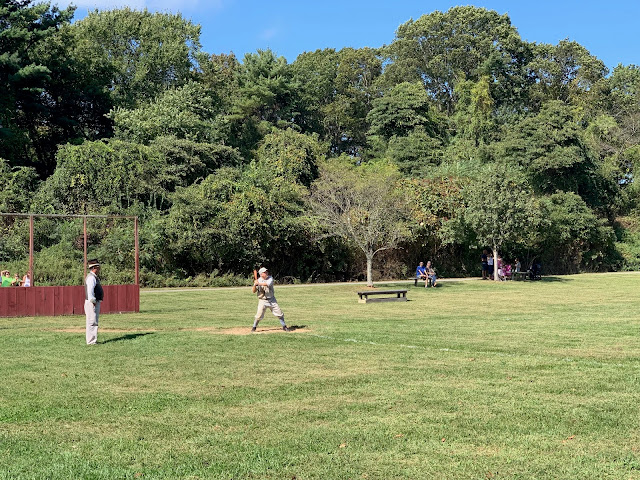 The Grays added another ace in the top of the third, with a lead-off base knock from right fielder Ryan “Loggy” Logsdon, who scored from third base on a grounder to first off the bat of Travers. The Mutuals broke through with three runs off four clean hits in the fourth while holding the Grays to their first scoreless frame of the match to make it 8-3 as the Grays came up in the fifth. Carlevale made his first on a two-out single and scored on a single from Connor to push the Grays’ total to nine. The bottom of the fifth found the Mutuals on the ball, scoring six runs off eight hits and several Providence defensive miscues to tie it up at 9-9 after five.

Showdown at Colt, Hartford, October 6th
This Sunday, October 6th, the Grays will travel to Colt Meadows in Hartford to play in a late-season showdown with two excellent opponents, the Connecticut Bulldogs and the Westfield Wheelmen. Rhode Island’s Olneyville Cadets will round out the foursome of teams playing in Hartford this weekend. The Showdown at Colt will feature both 1880s-style (overhand) as well as 1860s (underhand) rules and customs with action on two fields throughout the day. The autumn weather provides some of the best conditions of the season both for playing as well as watching the old game. Join the fun with first pitches at 11 a.m. Follow the action on the Grays Facebook page and at ProvidenceGrays.com. 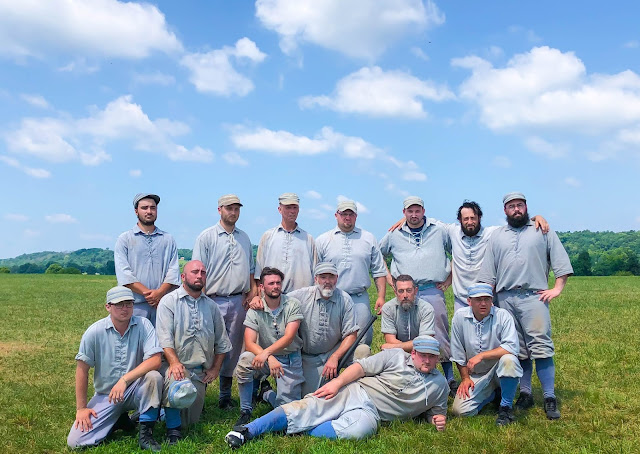