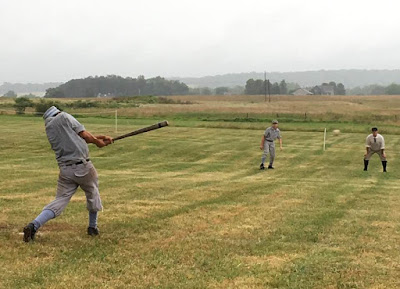 GETTYSBURG, Pa. -- This past weekend (Jul. 21), the Providence Grays vintage base ball club (15-7) ventured to Adams County, Pennsylvania, for the ninth annual Gettysburg National 19th Century Base Ball Festival at the Schroeder Farm. The Grays battled the Monmouth Furnace Base Ball Club and the Cincinnati Red Stockings in a pair of victories on Saturday, but a day-long downpour flooded the festival grounds making them unplayable on Sunday.

Game one against Monmouth saw the Grays' offense hit its stride, as they got off to a hot start with three scores in the bottom of the first for a 3-1 lead. Then, in the second, they erupted for 10 tallies on the back of eight base knocks highlighted by a double from Aidan Pirruccello-McClellan. The third was no different as Providence batted around again scoring nine times capped off by a Connor Pirruccello-McClellan home run. Their double-digit advantage held and the Grays went on to win 31-6. 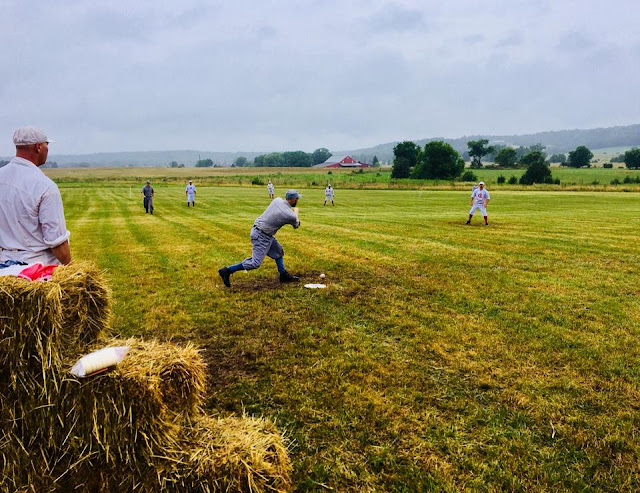 The rain was in full effect by the time game two rolled around, which resulted in a limited ability to keep a line score. However, the high-scoring affair saw Providence leading 7-6 after the first and the score tied at 10 after two full. At this point the elements became an opponent to both teams with bats flying out of hands and consistent rainfall blanketing the battlefields. The Grays adjusted well to the conditions, slapping singles and stealing bases as they manufactured 12 runs in the third inning. Providence's defense held steady in the deluge, holding Cincinnati to two runs for the remainder of the contest as they earned a 27-12 triumph.

Next up for the Grays is another road trip, this time to Old Bethpage, New York, for the Doc Adams Old Time Base Ball Festival on August 4 and 5 as they'll look to extend their five-game win streak. 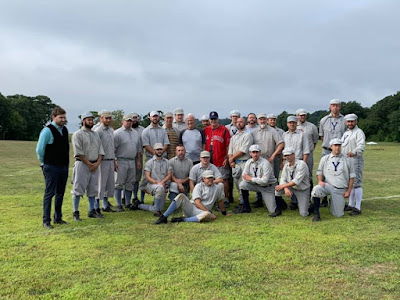 After Rocky Point, Grays Head to Maine for Rematch With Dirigo